Rome is a city with a rich history and cultural heritage, and there is no shortage of things to see and do. If you only have three days to spend in Rome, you’ll need to be strategic in order to make the most of your time. Here are some suggestions for how to spend three days in Rome:

Start your day by visiting the Colosseum, one of Rome’s most iconic landmarks. The Colosseum is an amphitheater that was built in the first century AD and was used for gladiator fights and other public entertainment. You can take a guided tour of the Colosseum to learn more about its history and see the underground tunnels and chambers where the gladiators and animals were kept.

After the Colosseum, take a stroll through the nearby Roman Forum. This was the center of political, economic, and social life in ancient Rome, and you can see the ruins of temples, basilicas, and other important buildings.

In the afternoon, visit the Pantheon, a temple that was built in the second century AD and is now a church. The Pantheon is known for its dome, which has an opening at the top that allows light to enter the building.

End your day with a visit to the Trevi Fountain, one of Rome’s most famous landmarks. The fountain is a popular spot for tourists to take pictures and toss a coin over their shoulder, which is said to bring good luck and ensure a return trip to Rome.

Spend the morning exploring the Vatican City, the smallest country in the world and the home of the Pope. Start by visiting the Vatican Museums, which house one of the largest art collections in the world, including the Sistine Chapel with its famous ceiling frescoes painted by Michelangelo.

After the Vatican Museums, visit St. Peter’s Basilica, one of the largest churches in the world and the burial site of Saint Peter, one of the apostles of Jesus.

In the afternoon, take a leisurely walk through the Trastevere neighborhood, known for its narrow streets, charming houses, and lively atmosphere. You can stop for a bite to eat at one of the many trattorias or cafes in the area.

Spend your final day in Rome exploring some of the city’s other famous landmarks. Start with a visit to the Castello Sant’Angelo, a castle that was originally built as a tomb for the Roman Emperor Hadrian.

After the Castello Sant’Angelo, head to the Spanish Steps, a popular tourist destination and a great spot to people-watch. You can also visit the nearby Keats-Shelley Memorial House, which was the home of the English poets John Keats and Percy Bysshe Shelley and is now a museum.

In the afternoon, visit the Piazza Navona, a lively square with three fountains and a number of outdoor cafes and restaurants.

End your trip with a visit to the Borghese Gallery, a museum that houses a collection of paintings, sculptures, and other works of art.

There are many other things to see and do in Rome, but these suggestions should help you make the most of your three days in the city. Don’t forget to try some of the local cuisine, including pasta dishes like carbonara and cacio e pepe, and pizzas topped with fresh ingredients. And be sure to leave some time to just wander and discover the city’s hidden corners and charming streets.

If you liked this article, see also: 10 Best things to do in Rome

Luxury Rome Tour is a company based in Rome that offers private tours of the city for small groups (maximum 6 people per car) with a tour guide on board. 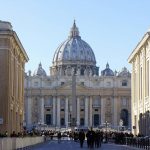 Transfer from Civitavecchia port to Rome